There are two usable weapons in the game, the tranquilizer gun and the sniper rifle, which are accessible from day 16 and day 23, respectively. They can only be used when a scripted attack occurs and they appear on the right side of the screen.

The main difference between the two weapons is that the tranquilizer stuns the target, while the rifle will kill anyone it hits. They are otherwise equally effective at stopping people - one shot from either weapon is enough and the shot works instantly after being fired.

When a scripted attack sequence starts, the shutter in the booth closes, a siren starts blaring and weapon lockers appear from the right side of the screen. The point when the weapons become available is scripted but is usually some time after the terrorist themselves appear. For example, on day 16, the tranquilizer gun can be accessed as soon as the intruder is on top of the wall, whereas during the attack on day 31, the lockers remain hidden until the attackers have neutralized all guards.

The weapons are activated in the following order:

The inspector does not need to react instantly, but they must react appropriately after hearing the siren to deal with the attack. The first instance is not a quick-fire twitch exercise as the terrorist moves slowly. There is plenty of time to get out the gun as the terrorist moves towards the guards. However, in later sequences, there are multiple terrorists, and they move quickly on motorbikes. Stay calm, and then aim the limited ammunition - try not to shoot more than 1 round at each enemy if possible.

After the attack, a 10 credit "trigger bonus" will be awarded if a shot is fired but misses (if the attacker is neutralized before any shots are fired, the gun may still be fired before the day ends, obtaining the bonus). If the inspector hits any or all targets, he will receive a "sharpshooter bonus" of 20 credits instead. Missing or not reacting can sometimes lead to the death of some or all of the guards, even Sergiu.

Note that you can still move the key before the siren goes off, but hold the cursor some distance away from the locker areas to avoid having problems placing the key.

From day 16 on, the inspector is provided with a tranquilizer gun that resembles a Dan Inject Model JM. The gun can only be activated by inserting the key. There are only three darts. If used to shoot some terrorists who presumably carry explosives (including all motorbikes), the terrorist will immediately explode.

Using the tranquilizer gun on the man in red on day 23 will result in ending 10.

On day 23, an EZIC messenger delivers a note saying that a danger to the EZIC is in line that day. The inspector then receives a silver key to unlock the sniper rifle. The inspector gets to keep the rifle even if he ignores the man in red. Killing terrorists is no different to using the tranquilizer gun.

The rifle visually resembles an M1C/M1D Garand sniper rifle; however, it holds only 2 rounds in its magazine (as opposed to Garand's magazine capacity of 8 rounds) and the bullets fired by this rifle seems to be a rather large caliber since they are almost guaranteed to be lethal to those hit by them, regardless of where the bullet strikes the target's body.

Using the sniper rifle on the man in red on day 23 will result in ending 9.

In addition to Endings 9 and 10, misuse of the weapons can also result in a game over. 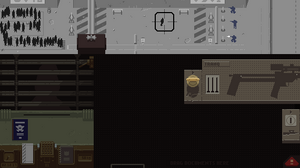 Screenshot with tranquilizer gun in use 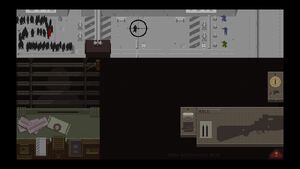 Screenshot of rifle in use (note circular viewfinder) 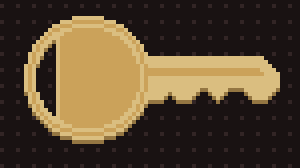 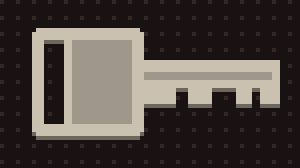 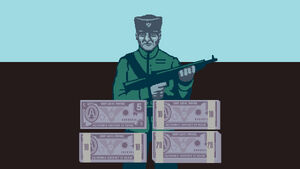